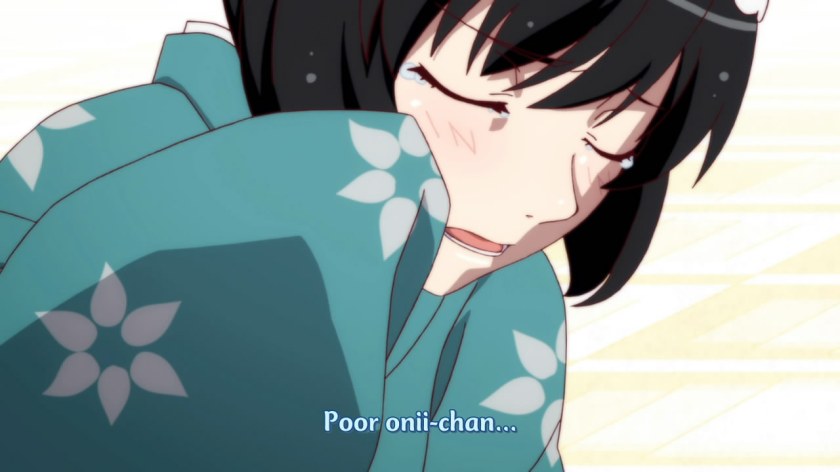 So after much conversation with Tsukihi, Koyomi finally finds out what happened to Karen. Apparently, she confronted Kaiki, asking about his motives, which turn out to just be money. She tries to attack him, but he simply poisons her with the bee. Back in the present, Koyomi tells Tsubasa about Shinobu and the stuff about the wreathe-fire bee.

Koyomi returns home to help take care of Karen. He ends up lecturing her, but when she mentions the possibility of him catching the sickness, Koyomi gets the idea to transfer the illness to himself. The episode ends with him preparing to kiss Karen (lol). 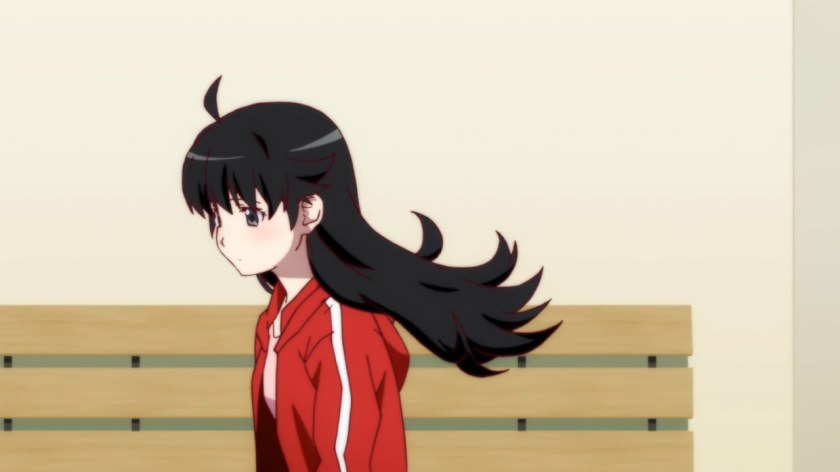 Of course it’s a kiss that transfers the sickness. What else would it be? I wouldn’t be surprised at all if it doesn’t work and Shinobu was just messing with Koyomi. Either way, it looks like this arc is coming to an end. Kaiki’s certainly an interesting character. Human, but was able to simply give Karen the bee poison. It’s almost like he’s evil Oshino. More hilarious fun as usual in this episode…I certainly enjoyed Tsukihi’s sympathy at Koyomi’s five friends. Should be fun stuff next week too. Looking forward to it!