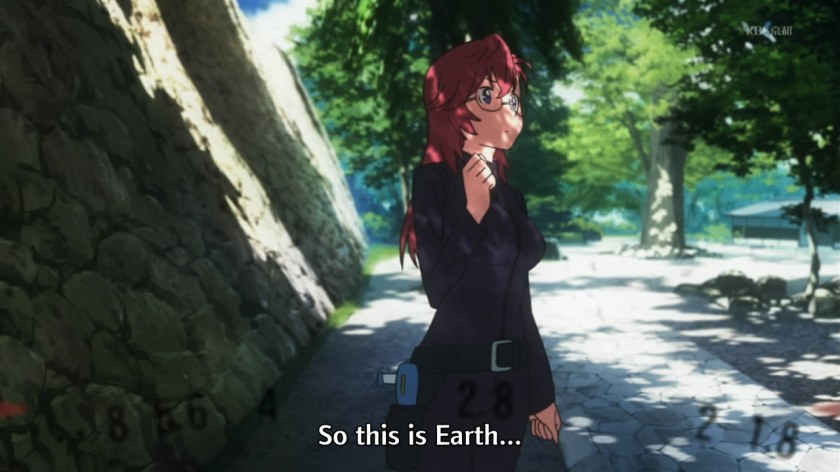 The summer begins. We start off this week with shooting the first scene of the film. With her infinite script wisdom, Remon has cast Ichika as an alien protagonist. They film a few scenes that are strangely scripted too similarly to Ichika’s true situation. Tetsuro also agrees to help Kanna with Kaito at her request.

The next day, Kanna makes up an excuse to go to Kaito’s house, and the three end up talking. Kanna oversteps a bit, asking how long Ichika plans to stay with Kaito, which gets Kaito thinking about her. However, Tetsuro disrupts this train of thought by revealing to him that Kanna loves him.

Well, it looks like the love polygon is getting serious. I almost wonder if Tetsuro is trying to force the situation between Kaito and Kanna to resolve so he has the chance to be with Kanna. This will certainly be interesting. Also, Remon has got to know something. She just seems like the type and her script is way too close to reality. Still, she’s giving Ichika an excuse to talk with Kaito about hypothetically going out with an alien (hint hint). I’m sure there will be drama next week…let’s see what happens.