So, in response to last week’s pool fiasco, Yozora has everyone in the club wear their swimsuits for the day. Sena suggests that they all instead go to her summer home by the beach. Later, Sena calls Kodaka asking if he will come meet her father (and bring Kobato, of course).

When the two arrive, they meet Sena’s father, Tenma Kashiwazaki, and the family’s steward, Stella (who looks strangely similar to Sena for some reason). Tenma has a polite conversation with Kodaka about his father (the two were friends after all), but Kodaka suddenly overreacts when Tenma offhandedly calls his father “trash.” 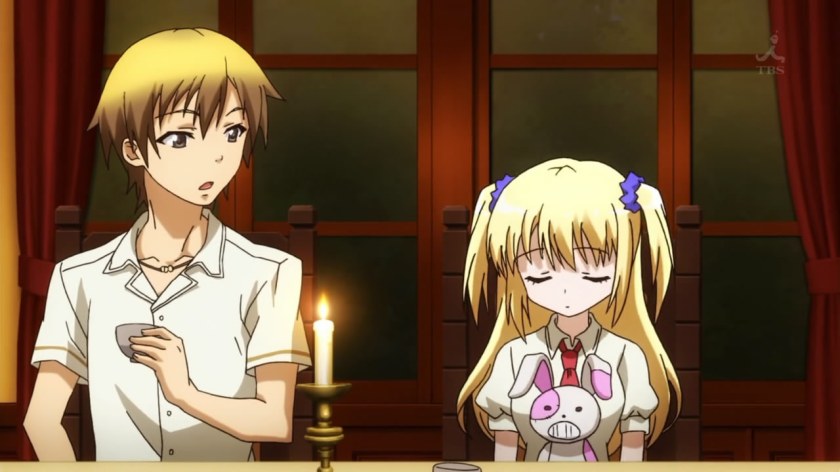 Kodaka and Kobato end up staying for the night. While Sena is…with Kobato, Kodaka has a more private meeting with Tenma, who instantly gets drunk and passes out on Kodaka’s bed (lol what?). Kodaka is then forced to sleep in the same bed as Tenma.

Looks like Sena finally managed to omochikaeri Kobato. Also, naked Kobato and naked Sena at once and Kodaka still keeps his cool? What is this man? There seems to be a lot of suggestions of something between Kodaka and Yozora. I wonder if it’s something in their past or something in their future (if you know what I mean). The end of the series is rapidly approaching, so they’ll have to cover it soon. Well, I guess next week is the obligatory beach episode at Sena’s summer home, so it should be interesting.