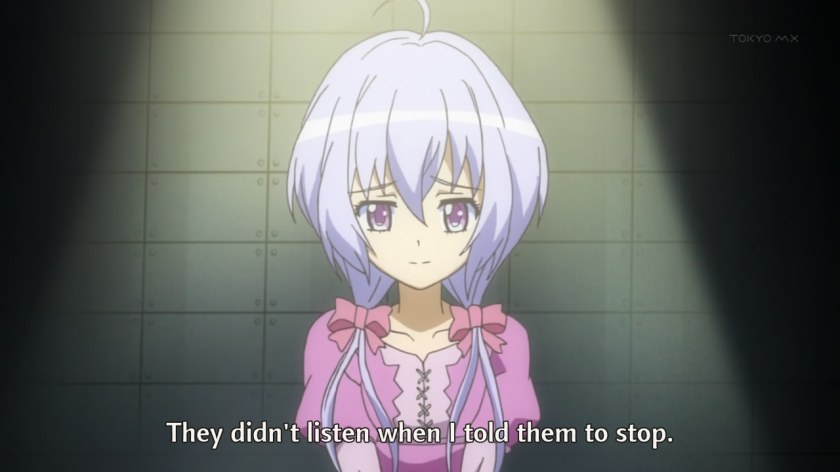 An injured Chris is found by none other than Miku at the start of this week’s episode. Miku helps nurse Chris back to health, trying to befriend her, but they are interrupted by a Noise attack. Tsubasa isn’t cleared to fight, so Hibiki goes out by herself. Chris faces off against the Noise herself, while Hibiki finds Miku, who has been attacked by a different Noise. The two make up and Miku draws the Noise while Hibiki defeats it.

As expected, Chris is on her way to becoming part of the team. She’s probably a better character than Tsubasa is (I still don’t like how easily she came to terms with Kanade’s death). Also, her fight scene was probably better than any of Tsubasa’s. Genjurou has a weird line with Chris about not being able to save her. It seems kinda important…what does he know? Also, I guess Miku will try to help out more, but I wonder what she’ll be able to do without Symphogear. There’s only so much.