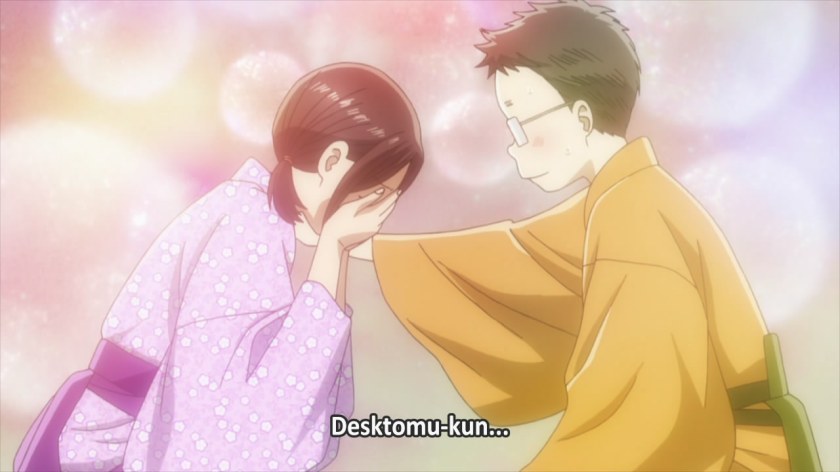 Back in the Kanade-Tsutomu match, Kanade gains a lead, which starts to make Tsutomu lose his cool. Tsutomu adopts a fairly reckless and luck-based strategy, which lets him lower the gap a bit, but Kanade wins nonetheless. Meanwhile, Nishida and Taichi are locked each on their final card. With defensive styles, the deciding factor becomes luck, but Taichi instead goes on the offensive. Despite this, Nishida’s card is read and Taichi loses.

I didn’t really like Nishida and Taichi’s match, but I understand why it was put there. Taichi had everything analyzed and even tried to use that information to trick his opponent, but in the end he loses to luck. Still, I think Taichi will find a way to get Class A before the qualifiers for the Master Tournament. With Arata going for the Western qualifiers, I’m expecting a Taichi vs. Arata finals for an epic face-off.

One thought on “Chihayafuru Episode 19”