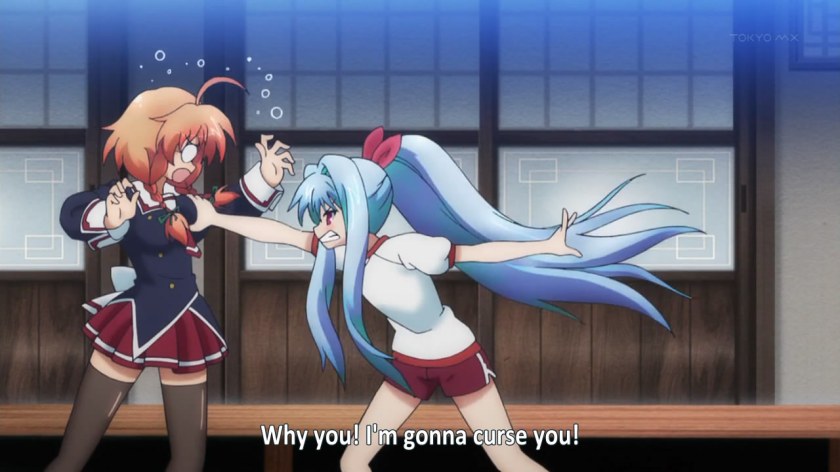 This week’s episode starts off with a murder of a young girl, who is stuffed into a box. She is presumably to be the target of Alice’s comment at the end of the episode last week. In response, Fear goes to see Alice with Konoha and Haruaki. Alice simply tells them that she will continue to kill and runs away. Everyone catches up to her and fight, but she collapses a building and escapes again.

With the continuing murders, Fear asks Kirika for help, but Kirika was given orders not to become involved with the Families at the start of the episode. Haruaki ends up going back to Kirika’s house with her when she collapses at school. While they’re alone, Kirika admits to being threatened by someone. She then asks him to watch her as her cursed tool breaks her bones. While this is happening, Fear notices Kuroe doing something strange, and later concludes that the victims are all related to Kuroe’s salon. 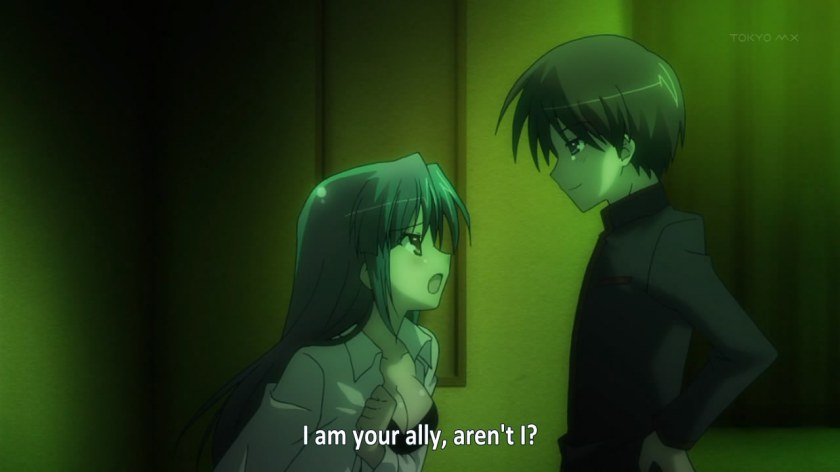 Kuroe? A murderer? Say it isn’t so! Surely there must be some sort of catch to this. Lolis can’t be evil, right? That aside, this episode was also an interesting look into the burdens of Kirika. Sigh…it looks very much like Haruaki will choose no one in the end, which makes me upset. Three more episodes left. Two to finish the arc and a fan service episode to finish it? That’s my prediction. Also, I’d like to repeat my earlier statement about the focus on boobs >.> There’s a limit, you know. One last question: Why did Konoha have blue hair???