So this is a topic that I’ve always found interesting. Before I go on, let me clarify that I mean endings in the sense of “ending a series”, not the songs at the end of an episode. What constitutes a good ending? Or are endings so bad that putting one in an anime is undesirable? Personally, I’m a huge fan of endings, and I have trouble watching things that have no foreseeable end (with notable exceptions like The World God Only Knows). 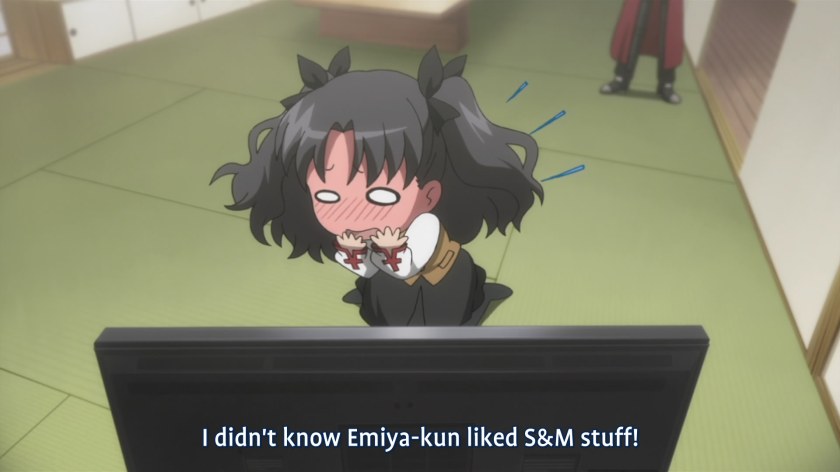 What do I look for in an ending? Well, I find that hard to say sometimes. I could make a list of the endings that I did and didn’t like, but I have trouble coming up with a category for them all. Granted, it’s hard to talk about specific endings without spoilers, so I’ll keep it general.

I’m a big fan of the “just as planned” ending (to clarify, an ending that turns out to be all part of the plan). I don’t really like harem endings. I’d much rather the main character just choose someone. I’m also not a huge fan of the ending that’s not really an ending (“it’s only the beginning”).

That last example brings me to a different point. What constitutes an ending? Plot resolution? Because if so, Bleach ended ages ago. No more episodes? Because then we fall into the trap of “just kidding! More episodes! Also, is the ending the last episode? The final episode could very well be an epilogue. So maybe the final confrontation is more appropriate. But then what about the shows that have multiple epilogue episodes after the final battle?

If anything, I think that the most important thing for an ending is that I don’t see it coming. That being said, I wouldn’t necessarily hate an ending just because I didn’t know what was going to happen (for example, love stories like Kanon). I think that most people would agree that seeing events unfold exactly like you pictured them to is a bit dull, so plot twists are usually pretty welcome.

Alternatively, maybe it’s not the ending, but the buildup to the ending that makes it great. Even if the ending was what you originally thought it would, maybe the journey to that ending was so convoluted that it made you doubt that prediction for a bit. Or maybe the ending came out of nowhere and gave meaning to everything in the buildup that you thought was so dull. I admit that I definitely like to see these sorts of things because unpredictable can become predictable after a while.

So there. I’ve made my case and I’ve made my query. What does everyone think? As before, feel free to point it out if you think I’m just rambling randomly. Hopefully I can keep this type of post steady. I’ve got some ideas, but who knows how well I’ll be about to articulate them. Tell me what you think…or else Fear will curse you.

On last thing: What was your favorite ending? (again, not music)