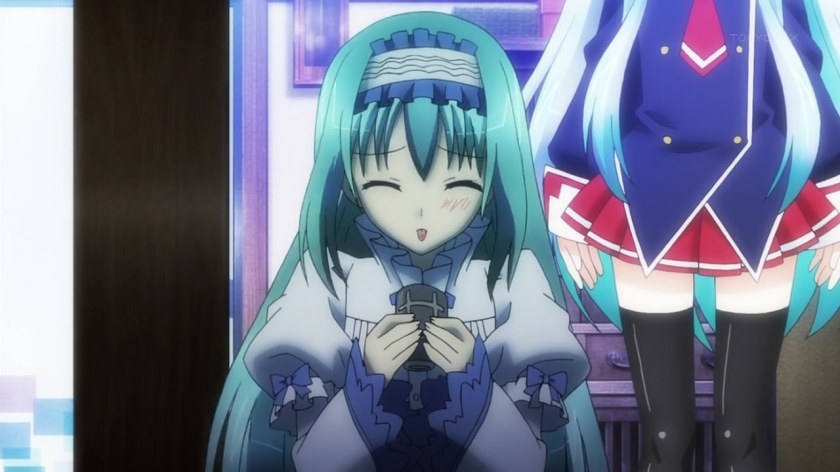 Back into action (again, sorry for the tardiness). Shiraho (the real one) explains that Sovereignty actual steals the emotion of love from the victims. Fear insists on finding Sovereignty and talking with her (I know it’s gender neutral, but I’m gonna just stick with “her”) and threatens Shiraho to lure her out.

Sovereignty appears to save Shiraho, but Fear and Kirika attack her. Fear ends up restraining her and forcing her to reveal all of her blades, and Haruaki destroys them, lifting her curse. 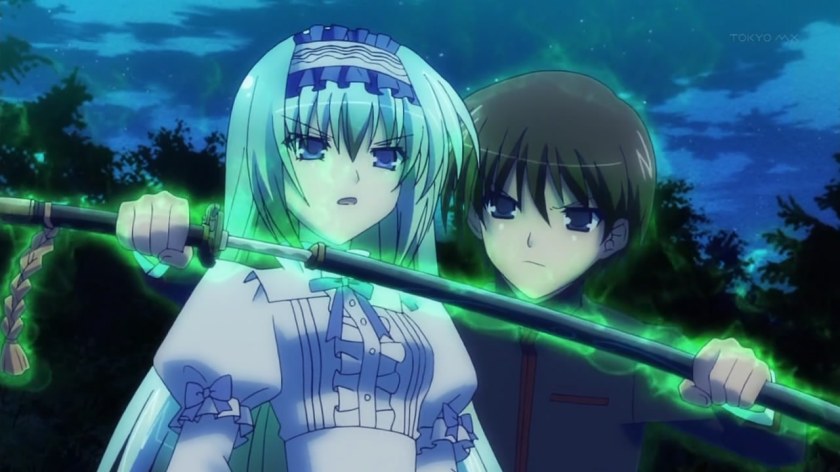 The next day, it’s revealed that Shiraho will start back up at school and Sovereignty is kept as a maid in the principal’s office (yeah…I know what you were thinking when you saw that). Sovereignty also gives Fear an Intelligence Disk for her own curse.

The principal tries to convince Shiraho that her father truly loved her, but she doesn’t seem to want to listen. However, she smiles at the thought in her class, also opening up socially. The episode ends with Fear asking Sovereignty to take her emotion of love away to see if she has it to begin with, but Sovereignty doesn’t end up doing it.

A pretty interesting ending to the Sovereignty story. Glad that they both made it as recurring characters in the series. The animation was kinda interesting this episode…made me keep flashing back to Bakemonogatari. I guess Sovereignty’s gonna be that character that spews fan service…which is…bad? More characters to introduce next week? Should be interesting to watch.

One thought on “C Cube Episode 8”