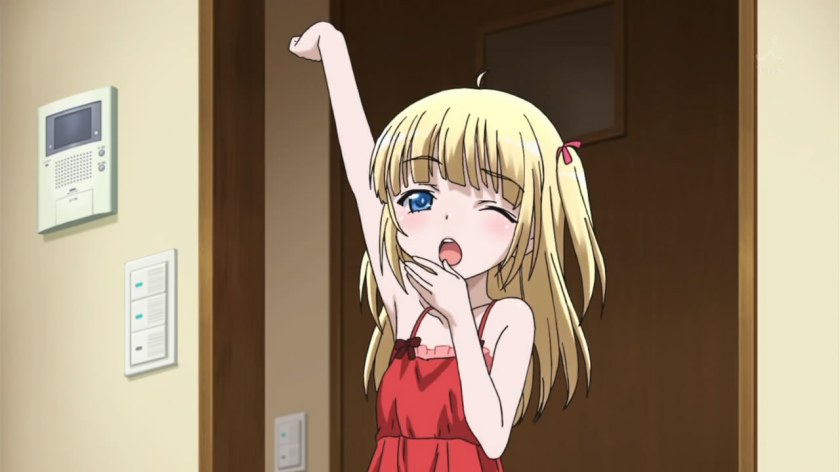 This week’s episode starts off with Kodaka telling Kobato about Maria, with Kobato noticeably jealous of how he treats her. Later, Sena’s playing games as usual, and Rita offers to let her try a beta for a virtual reality game that she has received, with the rest of the club joining in as well.

The gang ends up playing a bit together, eventually reaching a boss. Naturally, Yozora tricks Sena into attacking and she gets killed. Sena pays her back by distracting her from the game and letting her get killed as well.

Maria also falls asleep, but when Kodaka is left alone against the boss, she comes back. Despite this, everyone is killed, and then it is revealed that it was actually Kobato controlling Maria’s character. 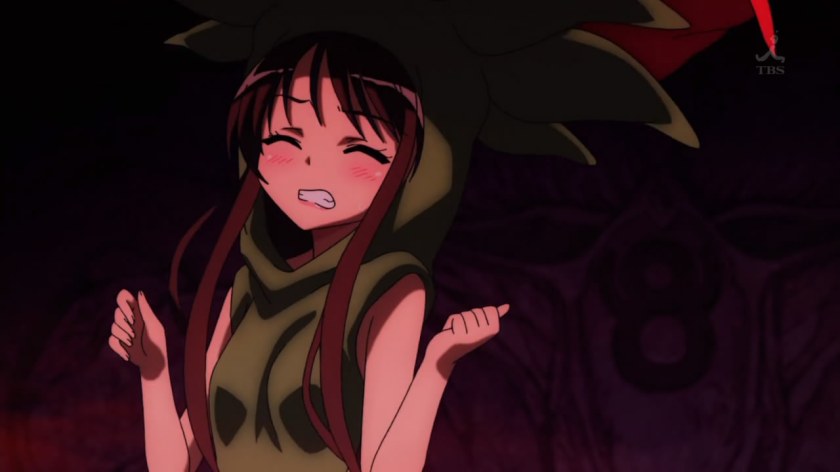 Sena takes an immediate liking to Kobato (of course). Maria then wakes up and starts to cling to Kodaka, which causes Kobato to get mad. Yozora allows Kobato to join the club, and the inevitable argument between Kobato and Maria begins.

This show continues to be a healthy source of both comedy and cuteness. With Kobato’s entrance, all of the characters are finally in the club, so now I think it’s time for the randomness to start. Lots of great screenshots this week, but unfortunately, not all of them make it onto the post. Next week, it looks like some karaoke…should be fun.